Sorry, there is nothing for the moment.

the number of hectares protected by Unesco - almost half the area of ​​the city!

Years later, new buildings have enriched the heritage and coexist harmoniously with their historic neighbors

The city center, only accessible by tramway and bicycles, facilitates travel from one district to another with, always as a common thread, the Garonne river. Each neighborhood has its own atmosphere!

To the north, the Chartrons, a former stronghold of wine merchants, has become that of second-hand dealers, antique dealers, good restaurants and small independent shops. Then here is the vast Place des Quinconces. Behind its plane trees, the Grands Hommes district is a tribute to our thinkers, from Montaigne to Diderot: it is also called the “triangle” for its luxury stores, its mansions and the majestic Grand Théâtre, a masterpiece balance signed Victor Louis. Take a hook on the right and head for rue Sainte Catherine, the longest pedestrian and shopping street in Europe! 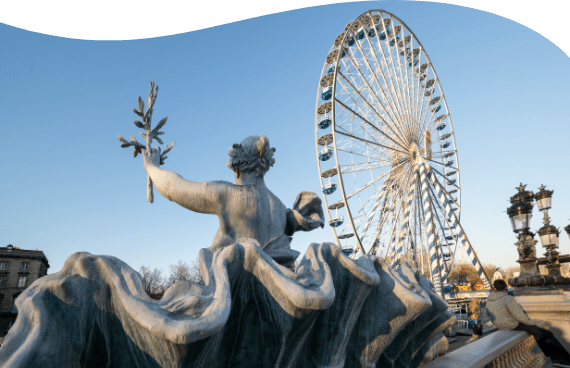 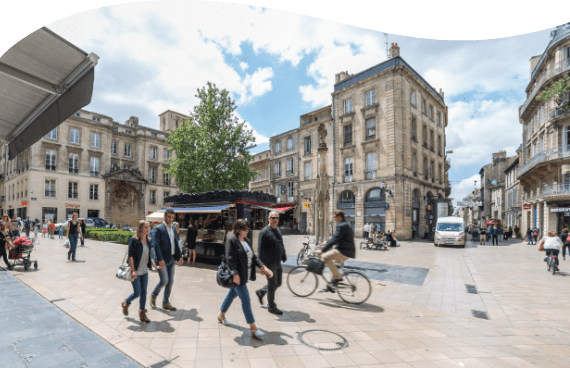 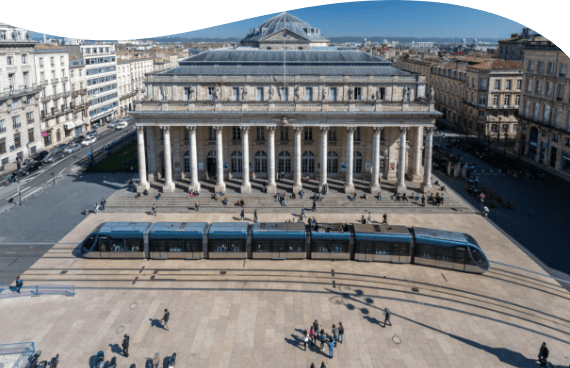 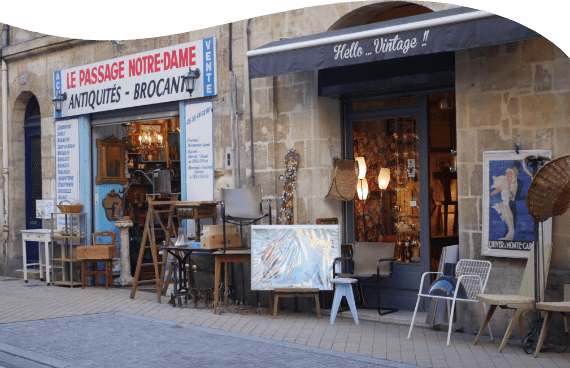 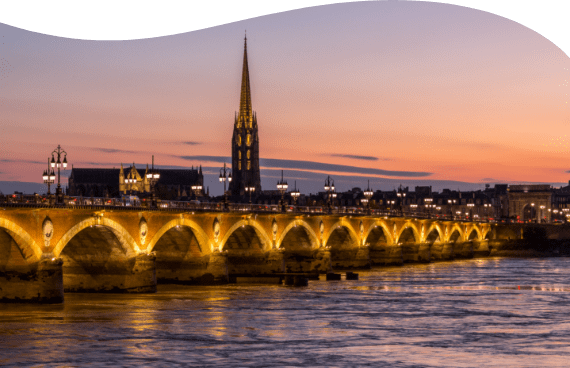 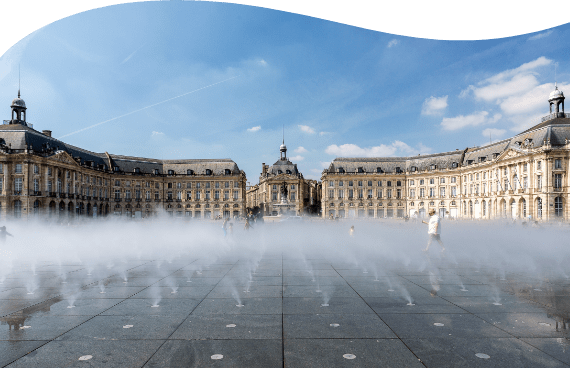 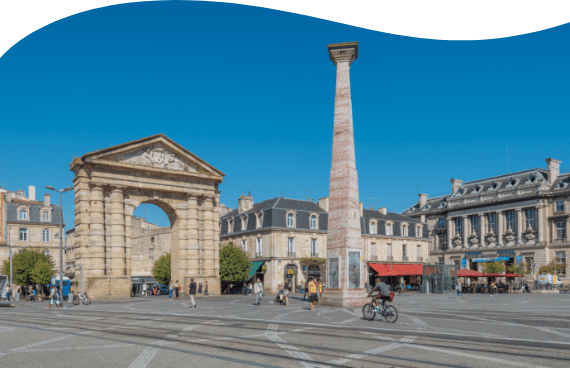 A stone's throw away, old Bordeaux ...

Saint-Pierre is a trendy and gourmet district with its good restaurants and terraces along the squares and pedestrian streets, to visit with your nose in the air to admire the Bordeaux mascarons, these ornaments carved in stone. On the quayside, the Place de la Bourse and its majestic XNUMXth century facades delight visitors who come to take THE souvenir photograph of Bordeaux.

The Miroir d'eau - largest mirror in the world - is facing the famous facade and amazes everyone with its beautiful mist show. After a quick jump you might be able to see three monuments that are registered by the Unesco: the Tour Peu Berland, a beautiful belvedere over the city, the Saint André cathedral and the Rohanpalace that is the current city hall. To the south, the Cailhau door and the Grosse Cloche herald Saint-Michel, a cosmopolitan area that seduces visitors with the very much loved Marché des Capucins and its junk stores. Unmissable stage at the 114 meters high Flèche Saint-Michel.

At the ends of the city, two new districts emerge and redraw the contours of Bordeaux: Bassins à Flot in the north, former manufacturing hub, Euratlantique in the south, Global Development Operation which extend over 738 hectares around the station and on the municipalities of Bègles and Floirac.

Let's go to the right side, taking the stone bridge built on the orders of Napoleon I: green, like the Botanical Garden and the urban parks along the quays, it offers an incomparable view of the Port de la Lune and the listed facades. And surprises too: a blue lion by Xavier Veilhan, the Niel barracks, the Chaban-Delmas lift bridge inaugurated in 2013 ... 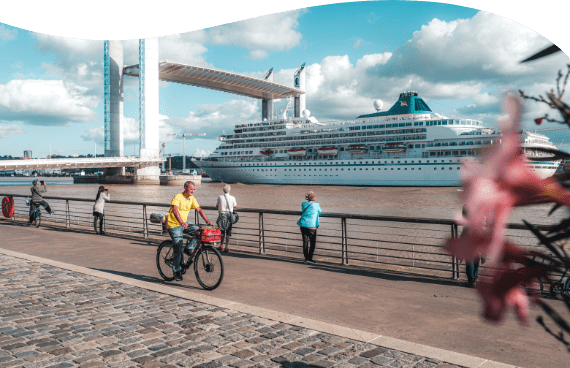 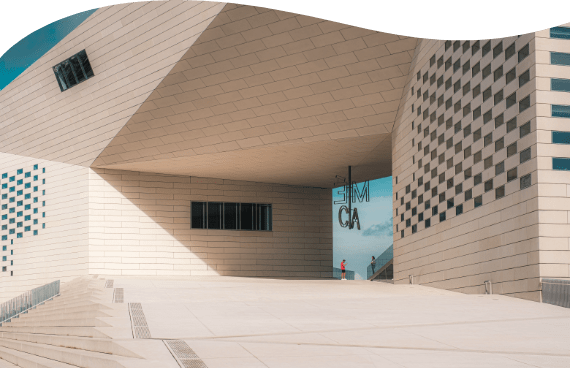 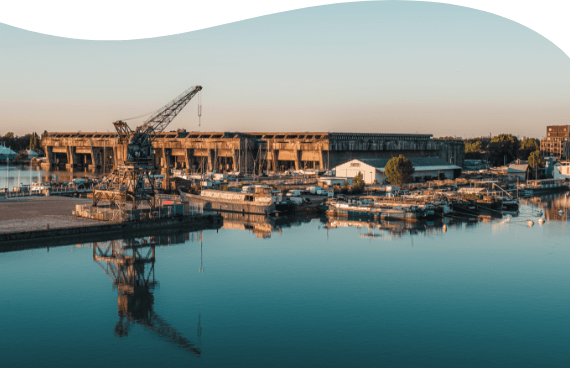 We use cookies to offer you the best experience on our site.

You can find out more about the cookies we use or disable them in Settings.

This site uses cookies so that we can provide you with the best possible user experience. The information about cookies is stored in your browser and performs functions such as recognizing you when you return to our website and helping our team understand the sections of the site that you find most interesting and useful.

This option must be activated at all times so that we can save your preferences for cookie settings.

If you disable this cookie, we will not be able to save your preferences. This means that every time you visit this site, you will need to enable or disable cookies again.

This site uses Google Analytics to collect anonymous information such as the number of visitors to the site and the most popular pages.

Please enable Strictly Necessary Cookies first so that we can save your preferences!

Please enable Strictly Necessary Cookies first so that we can save your preferences!